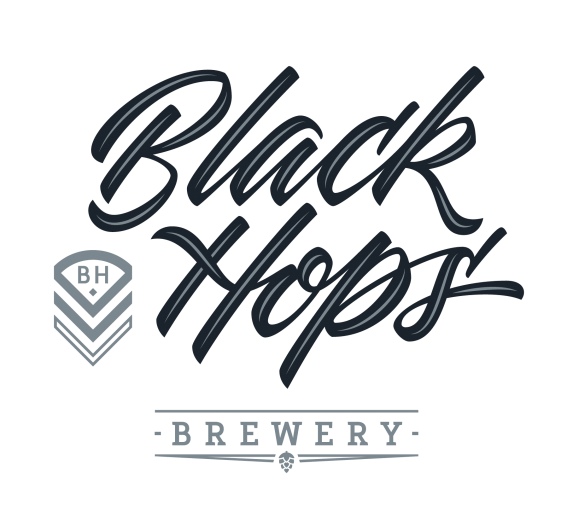 Black Hops Brewery was started by 3 mates in Burleigh Heads. Black Hops is an Award-winning independent Gold Coast Brewery with 4 venues on the Gold Coast and Brisbane.

Black Hops Brewery started as a simple idea over a beer with 3 good mates Dan, Eddie and Govs. That lead to the first Black Hops beer, the Eggnog Stout which then led them to open up a brewery and taproom in Burleigh Heads in 2016.

They were awarded Australia’s Champion Small Brewer at the 2018 AIBA Awards. Black Hops launched its upscale production brewery in Biggera Waters in March 2019.

Each Taproom has a selection of 14 beers on tap and in takeaways cans and cartons, so there’s sure to be a beer for every palate. These days Black Hops is one of Australia’s highest-rated and fastest-growing breweries, with a team of 24 full-time staff and make and distribute beer to 1000+ venues around Australia.

Their award-winning beers are unpasteurized and made with no preservatives. Their taprooms also cater to nonbeer drinkers with a permanent tap of Ginger Cider. Yum!

Book on our Suburb Sipper brewery tour where you will get to experience the award-winning beers from the Black Hops Brewery.

They have now just opened a new edition to the Gold Coast brewing venture, the AWOL barrel-aging facility, and a dedicated barrel-aged beer taproom in Burleigh. This has been a dream of theirs to open a barrel room in Queensland and after two years of planning and preparation and excitement.