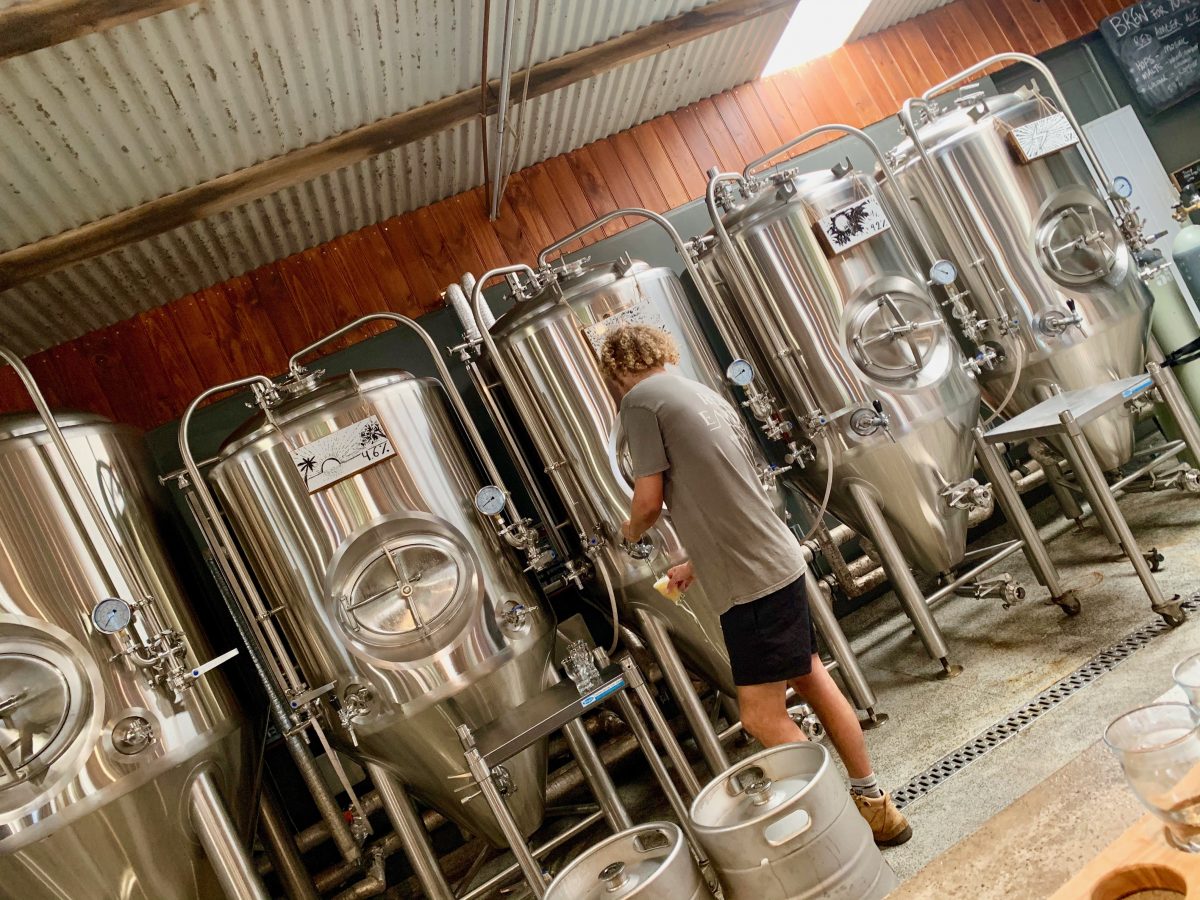 With the craft beer industry growing at 4.5% rate each year, taprooms are popping up all over the Gold Coast and creating a new scene for us to sit down with our friends and pets for a catch up over a few brews and something to eat. The craft beer evolution is moving as fast as one of Elon Musk’s rockets shooting into space.

These new creations are loaded with incredible flavours and from low to high ABV to go with it. From sours to triple IPA’s there is something for everyone. Even if you don’t like beer, most brew ciders or seltzers.

Starting up North in Biggera Waters we have Black Hops II which is Black Hops second brewery that has opened up on the Gold Coast. This amazing venue is massive hit with locals who also have food trucks parked out front on weekends. It’s a great way to sit back and taste the famous flavours from the Black Hops team.

The next up and coming brewery is located in the heart of Surfers Paradise and is the only brewery that is located in Surfers Paradise. Bob’s Beers (Best of Beers) is a brand-new brewery with a taphouse. With 16 taps it sure will draw a crowd with locals or tourists. This venue is set to open on the 25/1/2021 and I for one will be sitting back with a cold one in my hand tasting the new craft beers that will be on offer.

Heading west and up the mountains of the Gold Coast to the Hinterland and up to Mount Tamborine you will come across Fortitude Brewing Co. This very laidback brewery and a super chilled place to have an ale or two or you just might like to go for the tasting paddle instead. If you find yourself a bit hungry, they do have amazing woodfired pizzas available which will help soak up all the beer you just knocked back.

Miami to Lost Palms, with their funky pastel colours and very friendly staff, you will fall in love with this brewery and their beers. They always have some great tunes pumping in the background, this is a great way to experience the Gold Coast and meet the locals. They have great tasting craft beers at amazing prices, so sit back and kick off the pluggers and soak it in.

Just down the road you will find a brand-new brewpub with great food called Precinct. With a bright coloured graffiti-covered exterior you might be mistaken that you’re in Marrickville or Newtown, however you’re on a main street in Miami, Gold Coast. With funky tunes playing in the background and gardens on the walls, this place was well built and ready for a good craft beer session. Many locals bring their dogs as they sit back having a chat over a paddle or two.

Less than 5 Minutes from Precinct, you will find yourself at Burleigh Heads, Black Hops Brewery and taproom. The taproom has a more intimate space so be sure you plan ahead to get a seat. They have friendly staff who will offer great advice for what best suits your palate. The taproom is always busy with locals knocking back a limited release.

If you are wondering who was Gold Coasts first craft beer brewery and taproom then i’ll be pleased to introduce you to Burleigh Brewing Co. This massive taproom has outdoor and indoor seating and is a fun place with a large selection of beers to taste. This brewery should be on every beer pilots list. They have a large paddle you can buy for with 6 tasters on it, you will be one happy sampler sipping a few cold brews over live music on the weekends.Bede Durbidge

Heading down to the Southern end of the Gold Coast you have Balter Brewing Co in Currumbins industrial estate where 4 surfers got together to start their own brewery. Mick Fanning, Joel Parkinson, Bede durbidge and Josh Kerr started balter in 2016 and after winning the GABS Hottest 100 Craft Beers two years in a row (2017,2018) it’s one hell of an achievement and brewery. Balter has grown in size, the taproom is one cool venue with food trucks and some great weekly specials. It has since changed ownership but the beer still tastes as amazing as when it first started.

If you head just across the border to NSW and into Tweed Heads you will find a fun laid back brewery called The Pickled Pig. This is a family-owned business that prides itself as an artesian brewery that’s chemically free and preservative free.  They handcraft a premium selection of lagers, ales, pilsners and dark beers and popular alcoholic Jinja (ginger) beer.

Further south, you will come across a laid back chilled out brewery and taproom called Earth Beer Company in Cudgen. Built inside an old avocado shed on a farm, the earth is red the trees are lush and green and the craft beer is flavoursome. We hope you are thirsty as they have some well brewed beer for you to enjoy while taking in the views of Mt Warning in the distance.

Drive 35 minutes south of the border to the Northern Rivers and you will come to the creative town of Mullumbimby, home to Wandana Brewery. They are relatively new brewery having opened in 2020 right at the hit of Covid. They have a big range of craft beers on tap and non-beer options as well including wine, cider and seltzers. They are also unique in that they play music to their beers as this help the fermentation process. On Friday, Saturday and Sunday afternoons, you will be dancing (within rules) and jamming out to their live music and DJ’s with a stunning views of Mt Chincogan.

If you would like to visit a few of of these venues, you know what you need to do. Book a tour today!